*****
I have just been working on one of my most exciting projects ever!
*
This year is Colchester Zoo's 50th birthday and to celebrate the Zoo has launched Stand Tall for Giraffes, a mass appeal large scale public art event. For 12 weeks during the summer, Colchester's streets, parks and open spaces will be taken over by 2.5 metre high giraffes! Artists have been commissioned to create designs to go on each giraffe, and I was overjoyed when my design 'Nextra-terrestrial' was selected.
*****


*****
My stay in Colchester, which is over five hours train journey from Durham, was very pleasant indeed. I booked in at the Red Lion Hotel in the town centre - a marvellous historic building with the original wooden beams, great character and atmosphere, wonderful friendly staff and fabulous food.

My 'studio' was at the Zoo - in the giraffe house itself! Never would I have imagined I would be creating a work of art on a giraffe sculpture in the presence of real live giraffes!


*****
The giraffe sculptures are created from fibre glass and mine was waiting for me, ready primed in white.
*****


*****
The window beyond the sculpture looked out to where the giraffes were during the day.
*****


*****
My workspace was situated overlooking the giraffes when they came in at tea-time. I had step ladders to reach Nextra-terrestrial's high head, and a sign was positioned telling the public that I would be working there.
*****


*****
I couldn't wait to get started on my design! Time was at a premium as I only had from Tuesday to Friday to paint the sculpture, and my design was quite complex, featuring a scene from my Giraffe World in Camelopardalis constellation, with Necky Knoll House and its inhabitants and their friends!
*****


*****
First of all I painted the main components of the design in pale pink. I used artists' acrylic paint, which went very smoothly over the primed surface.
*****


*****
Next I added yellow to the designs, picking out the highlights on the knolls where the Camelopardalian sun shone! The lower part of the giraffe was painted in yellow ochre mixed with white, for the drive area of Necky Knoll House.
*****


*****
Painting a coat of pink on the neck, I realised I was being watched by the giraffes! The giraffe house had a very distinctive smell, which permeated all my clothes. Pleasant - a little like riding stables, but much stronger.
*****


*****
Working on the details on Nextra-terrestrial's sloping back and neck, I stood on the ladder to shape the stars.
*****


*****
The head received a coat of blue paint over the pink, which I gradually changed to magenta lower on the neck, delineating the stars.


The audience of the multitudes of visitors to the Zoo appreciated that I wore giraffe-patterned clothes! I love interacting with the public while I work, and everyone was so interested in seeing the characters and hearing about their lives and adventures. Talking to people does slow down the painting process, but it is such an important part of creating public art and so immensely enjoyable.
*****


*****
It was now time to add the hedge which runs around the perimeter of the garden of Necky Knoll House. Working on a three-dimensional 'canvas' shaped like a giraffe was challenging and needed to be planned so that each area had interest, and looked good from all angles.
*****


*****
Adding the shadow sides of the knolls gave a 3D effect and a sense of rhythm to the design. I used process blue for this, instead of the ultramarine blue which I had used on the head and upper neck. (To save carrying too much weight on the train, I purchased most of my acrylic paint in Colchester at Tindalls art shop, where the staff had kindly ordered the colours I needed).
*****


*****
I worked on creating the happy yet mysterious atmosphere of Giraffe World, with its ethereal light on the knolls. Visitors enjoyed looking at the hedge and imagining all kinds of shapes in it. The music playing in the giraffe house added to the atmosphere - so evocative, rhythmic and joyous.
*****


*****
Designing the imagery for Nextra-terrestrial's back had to accommodate the curves and angles of her neck, and I was pleased with the result, with the path winding mysteriously into the distance between the knolls.
*****


*****
Here you can see the many giraffe characters I painted on Nextra-terrestrial. (If you click on any of the images on the blog, they enlarge.) These are all characters that feature on Raph G. Neckmann's blog which many of you are familiar with!


*****
Working to a very tight deadline, one always wonders if one will finish on time! It was with a great sense of celebration that I put the final touches to Nextra-terrestrial knowing that I would be able to meet the deadline, completing the work to my satisfaction. I am a bit of a perfectionist and like to do a 'nexcellent' job!
*****


*****
The last part of the painting was to add the giraffodils around Nextra-terrestrial's feet. I remembered to add my signature too!
*****


*****
The acrylic paint dried very quickly in the hot giraffe house, and I was able to varnish Nextra-terrestrial after a short break for food.
*****


*****
I took these last 3 photos on the Saturday morning, while Nextra-terrestrial was being professionally photographed - I was standing to the side so the backdrop is not central, but I think this gives a kind of ethereal 'floating off in space' effect!

It was difficult to tear myself away, and I patted Nextra-terrestrial on her neck and wished her a fond farewell. I'm so looking forward to seeing her when she is on show in Colchester during the summer!

During the painting process I had been far too busy to see the rest of the Zoo, so job complete, I spent the few hours before my train journey home exploring. What a treat! Everything about Colchester Zoo, from the friendly and enthusiastic staff and the well-cared-for creatures to the interesting layout, the imaginative horticultural plantings and the scrumptious food, is a delight! But best of all is the giraffe house, with its lovely long-necked inhabitants, its atmospheric music and its giraffy smell that still clings to my jackets!
*****
Posted by Ingrid Sylvestre Art at 03:20 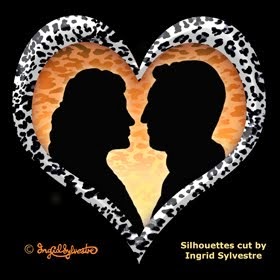 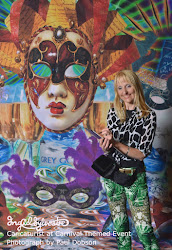 SOLD! Bid for Ingrid's giraffe 'Nextra-terrestrial' at auction for charity on 19th September!!

SOLD! 'Nextra-terrestrial' giraffe will be auctioned by Reeman Dansie on September 19th for Colchester Zoo's charity Action for the Wild. Please click on above image for info!

Stick your neck out for your dreams! 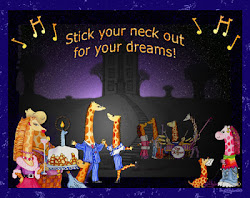 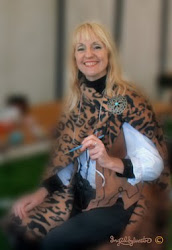 Painting in Costume at Historic Event 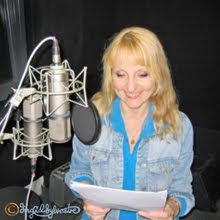 Please click on image to hear podcast with StoryPhones 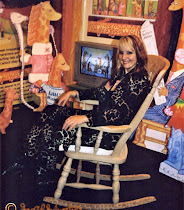 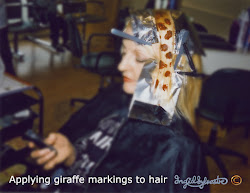 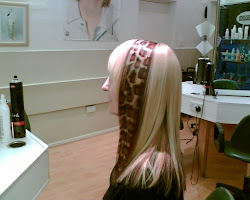 The version of Raph's Ramblings in chronological order 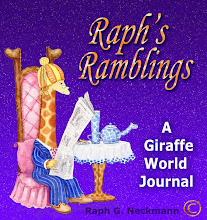 Ingrid Sylvestre with Spencer & Hugo of Made in Chelsea

Ingrid Sylvestre Art
UK artist Ingrid Sylvestre is internationally known for her distinctive and versatile creativity. She works full time as a professional artist and has held many exhibitions in public and private galleries & museums, and undertaken a great variety of commissions, residencies & fellowships. She is a sought-after caricaturist, silhouettist & live event painter at parties, weddings & corporate events. Her work covers visual arts, installations & performance, interactive workshops, land art, murals, speaking, design, illustration, caricatures, silhouette cutting, live event art, writing, storytelling and music. Much of her Fine Art work is inspired by our relationship with the environment, with a sense of celebration of spirit of place and atmosphere. She has also created a unique fantasy world, Giraffe World and has written & illustrated many stories featuring her characters, the Neckmann giraffe family, which have also been recorded as audio stories with music and songs. Art by Ingrid Sylvestre is available for purchase. She can be commissioned for specific work, projects and events. Email: IngridSylvestreArt[at]gmail[dot]com 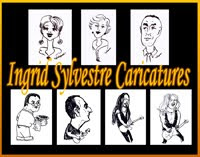 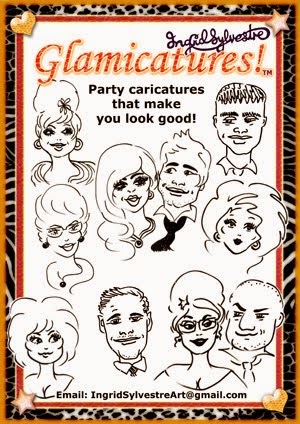 Please click on above image to view Ingrid's GLAMICATURES-TM caricatures

Please click on above image to view full size

Silhouette cutting is a popular form of entertainment at weddings, parties, proms, business launches and corporate events. Sometimes called shadow cutting, or wedding cut-outs, this historical art has been around for a long time and never loses its charm. Not only are guests entertained, but they also have a lasting keepsake to take home with them. Silhouettes are cut freehand from specialist black silhouette paper at events. Each silhouette of the above amount of detail takes around 3 - 5 minutes to cut, therefore around 40 silhouettes per 3 hour booking. 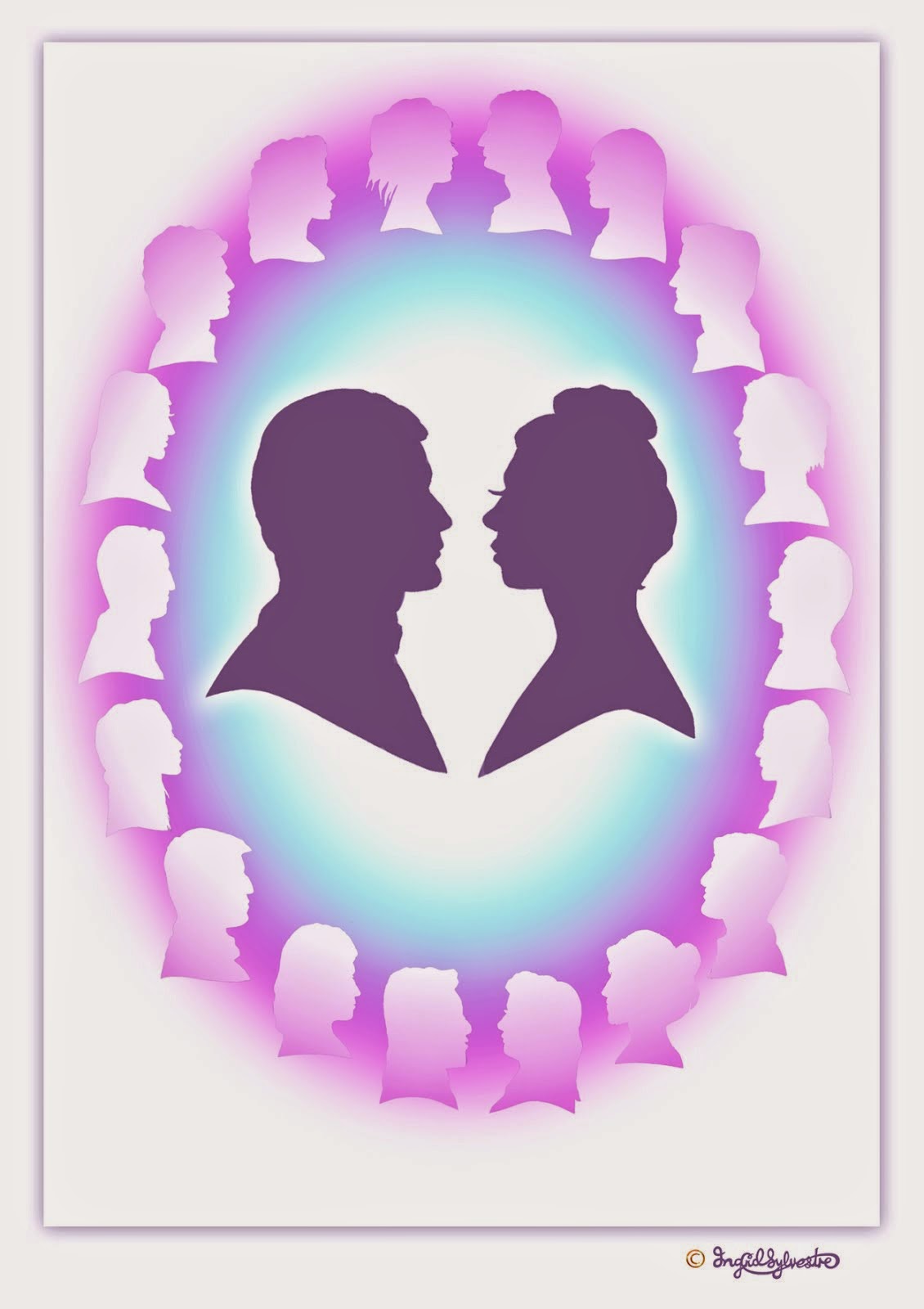 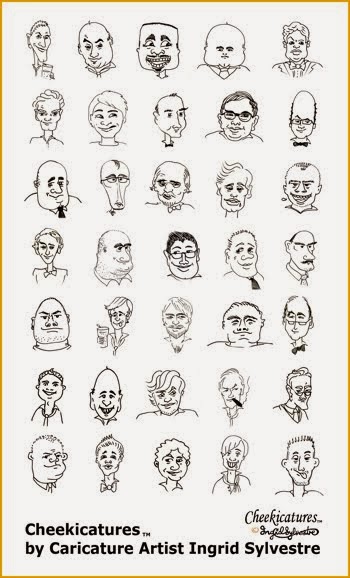 Please click on above image to view Ingrid's CHEEKICATURES-TM caricatures

Please click on above image to view Ingrid's SPOOKICATURES-TM and other caricatures! 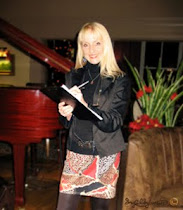 SOLD! Ingrid's giraffe 'Nextra-terrestrial' to be auctioned for charity on 19th September!

SOLD! 'Nextra-terrestria' giraffe will be auctioned by Reeman Dansie for Colchester Zoo's wildlife charity Action for the Wild. Please click on above image for info!

Please click on image to view the blog of Nextra-terrestrial the intergalactic giraffe! 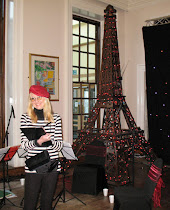 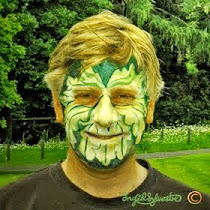 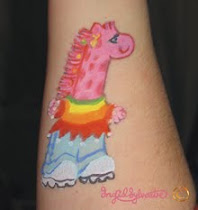 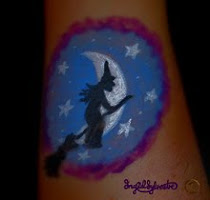 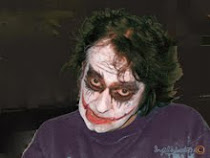 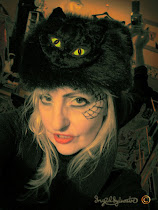 In costume for Hallowe'en events! 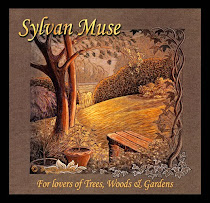 Please click on image to go to Sylvan Muse blog 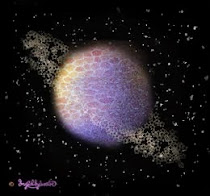 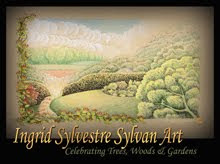 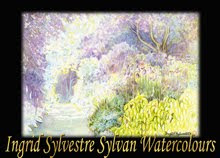 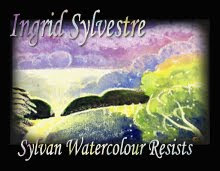